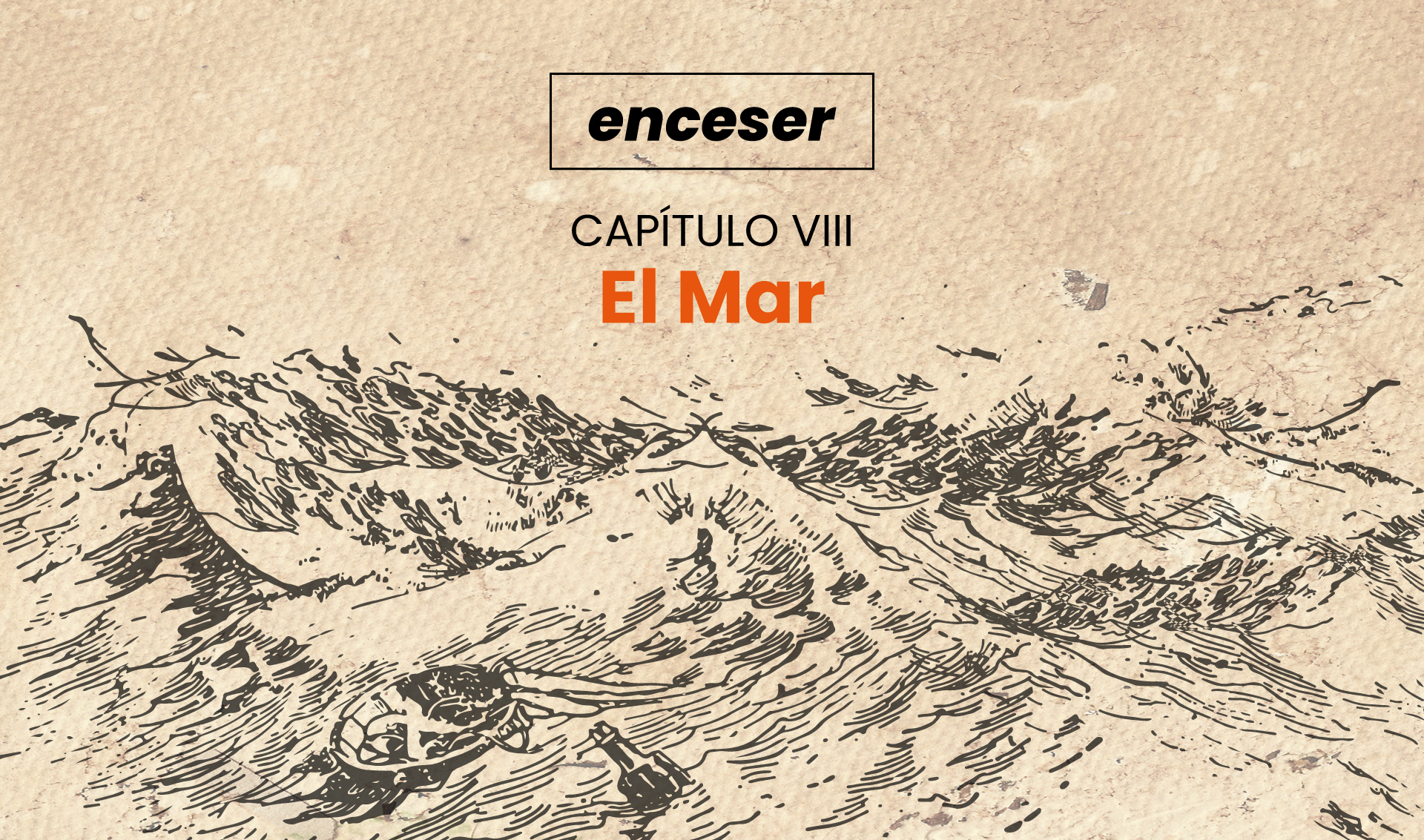 Our 2022 season is all about L’encesa, an ancient fishing art from the area of our Marina Alta. We pay tribute to all those encesers who risked their lives every winter night with  the Enceser story. Today chapter 8: The Sea.

“I didn’t tell my wife anything about my haul being stolen by a few pirates last week so as not to worry her any more than she already was about the dangers of fishing. She seemed in very low spirits lately due to the stress of all these weeks of work and worry.

The l’Encesa season was coming to an end and you could tell because there were fewer and fewer nights with calm seas. Many of my colleagues were fixing their fisheries to store them away during the year until next season. However, it was my first year and I needed money and was an excited first-timer, so I decided to keep fishing for two more weeks.

On my last week while fishing on a very windy night, I slipped and fell into the rough sea. I was one of the few farmers who could swim a little, but it still took me several seconds to get to the surface in order to breathe. I had almost given up when I saw the reflection of my own light that I was using to fish a few metres to my left. I quickly remembered that there was a rock nearby that emerged from the water when there was movement. With the last of my strength, I swam under the water with my eyes closed and, thank the Lord, managed to reach it.

I had already managed not to drown. Now, on that small rock, I had to survive the cold and the waves, and be able to reach land again. I couldn’t go back into the water with those waves, nor could I take too long to attempt it, or I’d get hypothermia. After a few minutes, I decided to take advantage of one of the waves heading towards the cliff to push me as far as one of the rocks under my fishery, and I made it.

Bruised, bleeding and trembling, it took me several minutes to warm up before a small fire I made in my fishery’s hold. I saw that the fall had cost me the night’s entire catch. I didn’t care too much, I was alive, just.”